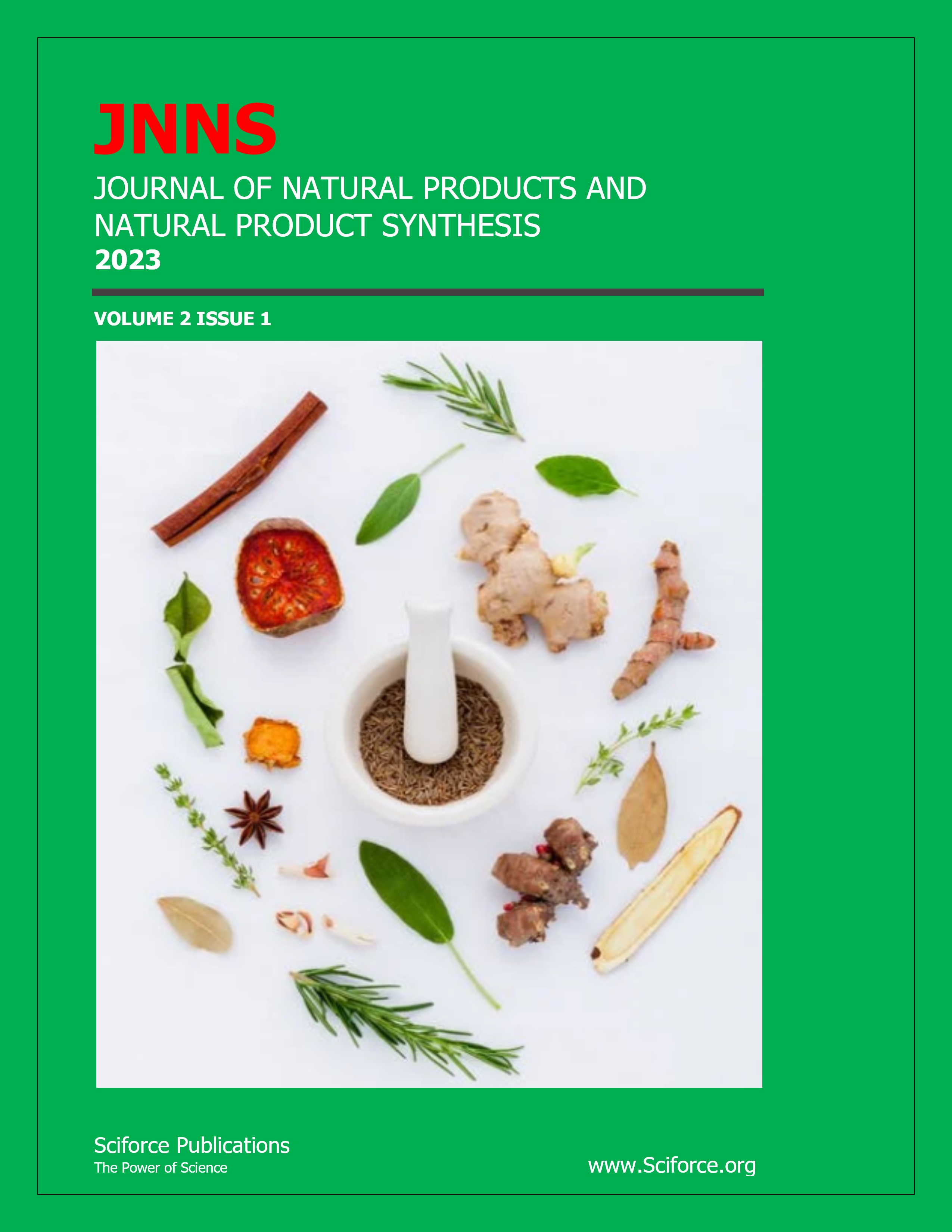 Isolation, charectirisation of polybrominated diphenyl ethers from the sponge Dysidea herbacea is described. The sponge Dysidea herbacea was collected from the Mandapam Coast, Tamilnadu, India. Isolated gram quantities of hydroxylated polybrominated diphenyl ether (HO-PBDE) and semi-synthesized a series of new PBDEs derivatives and tested them for antibacterial and cytotoxic activities.

Isolation, charectirisation chemical and bilogical properties of polybrominated diphenyl ethers from the sponge Dysidea herbacea is described. The sponge Dysidea herbacea was collected from the Mandapam Coast, Tamilnadu, India. Isolated gram quantities of hydroxylated polybrominated diphenyl ether (HO-PBDE) and semi-synthesized a series of new PBDEs derivatives and tested them for antibacterial and cytotoxic activities.

Polybrominated diphenyl ethers (PBDEs) and polybrominated biphenyls (PBBs) belong to a class of chemicals that are added to certain manufactured products in order to reduce the chances that the products will catch on fire. Finished products that may contain PBDEs are furniture foam padding; wire insulation; rugs, draperies, and upholstery; and plastic cabinets for televisions, personal computers, and small appliances. PBBs were used in the past, and one in particular, BB-153, however has not been produced in the U.S. since the 1970’s 1,2. Furthermore PBDEs have also been used in a wide array of products, including building materials, electronics, furnishings, motor vehicles, airplanes, plastics, polyurethane foams. Hydroxylated polybrominated diphenyl ethers (HO-PBDEs) and methoxylated polybrominated diphenyl ethers (MeO-PBDEs) have been found in water sewage samples,3 and even in human blood and breast milk.4,5 These compounds are lipophilic and can be bio-accumulated via the food chain.6 The potential toxic effects of PBDEs include thyroid hormone disruption,7–10 neurodevelopment discrepancy and cancer.11 However, PBDEs also pose antibacterial, antifungal, and cytotoxic activities.12–14 PBDEs are also produced by marine organisms such as sponges Dysidea herbacea,15,16 tunicates17,18 and algae.19 As part of our investigations of

bioactive compounds from marine organisms,20 we describe here the isolation of an HO-PBDE from the sponge Dysidea herbacea (family Dysidea, order Dictyoceratida)21–25 and the semisynthesis from it of a series of new PBDEs derivatives with moderate to good potent cytotoxic activity against leukemia cells and antibacterial activity against gram positive and gram negative bacteria.

The sponge D. herbacea (IIC-631) was collected at a depth of 30 feet by SCUBA diving near the Mandapam Coast, (N 9o 180 , E 79o 080 ), Tamilnadu, India. It was immediately soaked in methanol. The sponge was gray when alive and yellowish gray in methanol. It was purified by gel filtration chromatography on Sephadex LH-20 followed by silica gel chromatography eluting with hexane–ethyl acetate mixtures to afford HO-PBDE as a white solid, mp 88–90 C. HO-PBDE is non-hygroscopic and stable at room temperature. From the forgoing spectral data the structure of HO-PBDE was established as 2-(20 ,40 -dibromophenoxy)-4,6-dibromophenol, which was a known polybrominated diphenyl ethers (HO-PBDEs) and previously isolated from the sponge D. herbacea and also synthesized from commercially available starting materials.26,27 We have found the marine sponge D. herbacea to contain good quantities of the HO-PBDE.28,29 Refluxing HO-PBDE with various alkyl bromides in the presence of K2CO3 in acetone for 6 h followed by workup and silica gel column chromatography gave the corresponding ethers30 as shown in Scheme 1 and Table 1. All reactions were clean and obtained near quantitative yields. The products include naturally occurring substances MeO-PBDE (A), AcO-PBDE (B). The alkylation was very selective when 5 equiv of bis-functional alkylating agents were used for the alkylation (Table 1, entries 10–14). Similarly, refluxing M with secondary amines in the presence of K2CO3 in acetonitrile for 6 h gave the corresponding PDBE derrivatives31 as shown in Table 2 and Schemes 2. When the above reaction was carried out in acetone the reaction was incomplete and the obtained yields were low. All the products were characterized by NMR and mass spectral data.

The parent molecule HO-PBDE showed potent brine shrimp lethality activity with an LC50 value of 12.8 ± 2.8 ppm and compounds A and B have similar activity with LC50 values of 19.28 ± 2.9 and 23.28 ± 2.6 ppm, respectively. The antibacterial activities of PBDEs were determined against two gram negative bacteria, Escherichia coli and Pseudomonas syringae, and two gram positive bacteria, Staphylococcus aureus and Bacillus subtilis, using the paper disk assay method. Two of the derivatives A, and B, showed good activity against both gram positive and gram negative bacteria. The sensitivities of the human leukemic cell lines HL-60 (myeloid leukemia) and U937 (leukemic monocyte lymphoma) to the synthetic derivatives were evaluated. Cytotoxicities were determined by measuring the number of live cells after 24 h of treatment (MTT assay); the IC50 values are presented in Table 3. It is evident from the results that the parent molecule HO-PBDE was the most potent anti-proliferative agent against HL-60 and U937 cells, but all 24 of its derivatives has significant activity.32,33

All the PBDEs derivatives were less potent than the parent molecule HO-PBDE and standard drug etopside against the U-937 cell lines, but exhibited significant biological activity with some variation. Whereas compound M, displayed potent cytotoxicity to HL-60 and U937 cell lines with IC50 values of 25.7 ± 1.9 and 29.5 ± 0.7 lg/mL, respectively. Similarly, in this series bromo alky derivatives J, K and L also displayed similarly good activity against both the cell lines. Whereas, there no significant change in the activity when alkylation with simple alky halides Table 1, entries 1–9. However, the bromide of M was further alkylated with secondary amines showed a rather weak cytotoxic activity Table 2, entries 1–8 and compound X showed least cytotoxic activity. Foregoing biological results of these PBDEs derivatives containing the bromide on aromatic ring or on side chain is the may be responsible for increase of the cytotoxic activity.

In conclusion, isolation of HO-PBDE in good quantity from sponge D. herbacea, semi-syntheses and bio-evaluation of a series of new polybrominated diphenyl ethers is described.

The sponge Dysidea herbacea was collected from the Mandapam coast in the Gulf of Mannar, Tamilnadu, India. A voucher specimen (IIC-631) was deposited at the National Institute of Oceanography, Goa, India.

The cell lines HL-60 (human myeloid leukemia) and U937 (human leukemic monocyte lymphoma) were obtained from the National Centre for Cellular Sciences (NCCS), Pune, India. Cells were cultured in RPMI 1640 media supplemented with 10% (v/v) heat-inactivated fetal bovine serum (FBS), 100 units/mL penicillin and 100 lg/mL streptomycin. Both cell lines were maintained in culture at 37 C in an atmosphere of 5% CO2. Cell proliferation or viability was measured using the MTT [3-(4,5-dimethylthiazol-2-yl)-2,5-diphenyl tetra sodium bromide] assay (Mosmann, 1983). Cells were seeded in each well containing 100 lL medium at a final density of 2 104 cells/well, in 96 well plates under identical conditions. After overnight incubation, the cells were treated with different concentrations of test compounds (10–200 lg/mL) or DMSO (carrier solvent) in a final volume of 200 lL with five replicates each. After 24 h, 10 lL of MTT (5 mg/mL) was added to each well and the plate was incubated at 37 C in the dark for 4 h. The formazan crystals were solubilized in DMSO (100 lL/well) and the reduction of MTT was quantified by absorbance at 570 nm in a spectrophotometer (Spectra MAX Plus; Molecular Devices; supported by SOFTmax PRO 5.0). Effects of the test compounds on cell viability were calculated using cells treated with DMSO as control. The data were subjected to linear regression analysis and the regression lines were plotted for the best straight-line fit. The IC50 (inhibition of cell viability) concentrations were calculated using the respective regression equation.